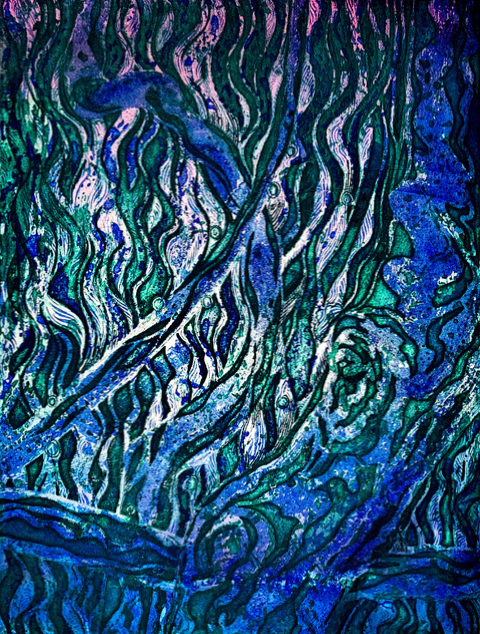 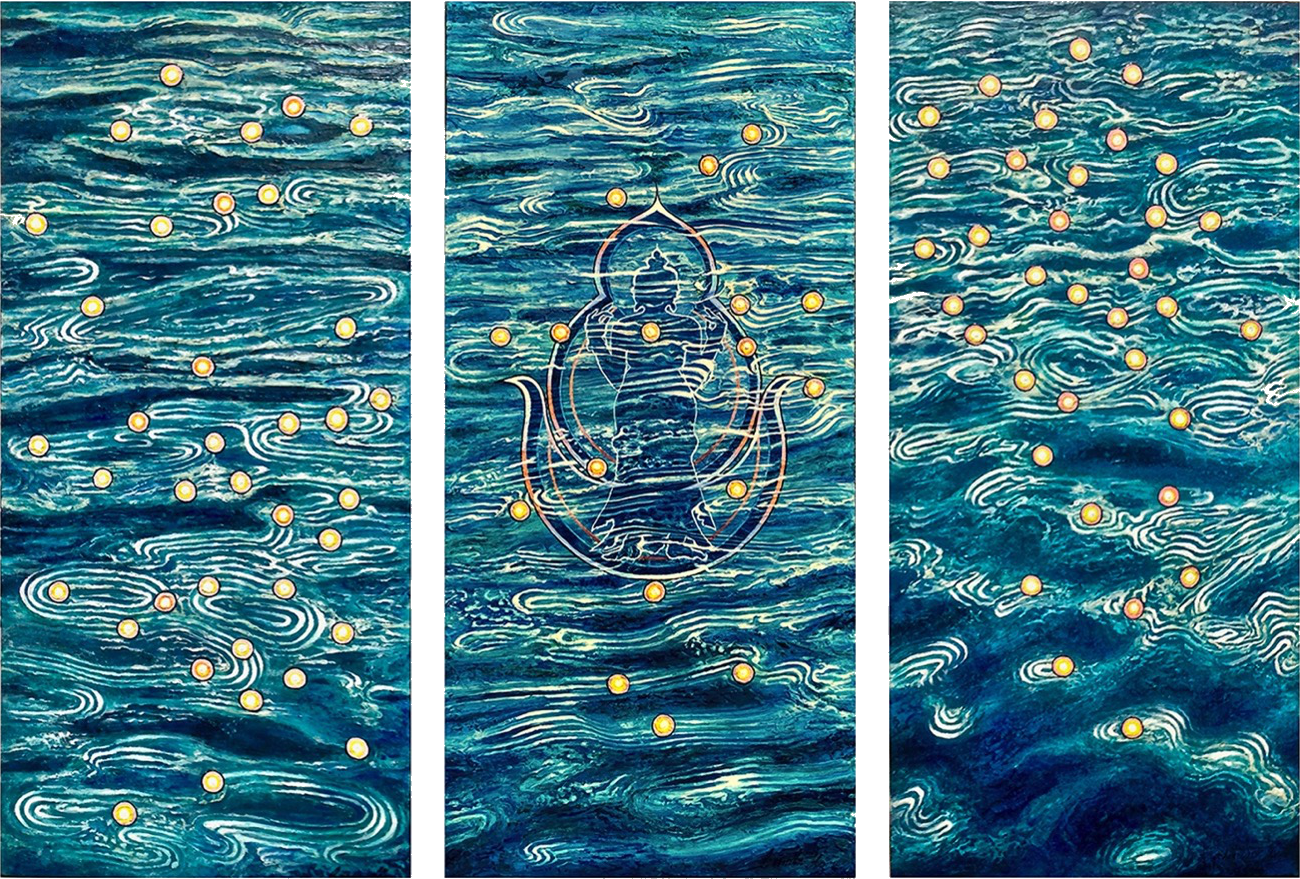 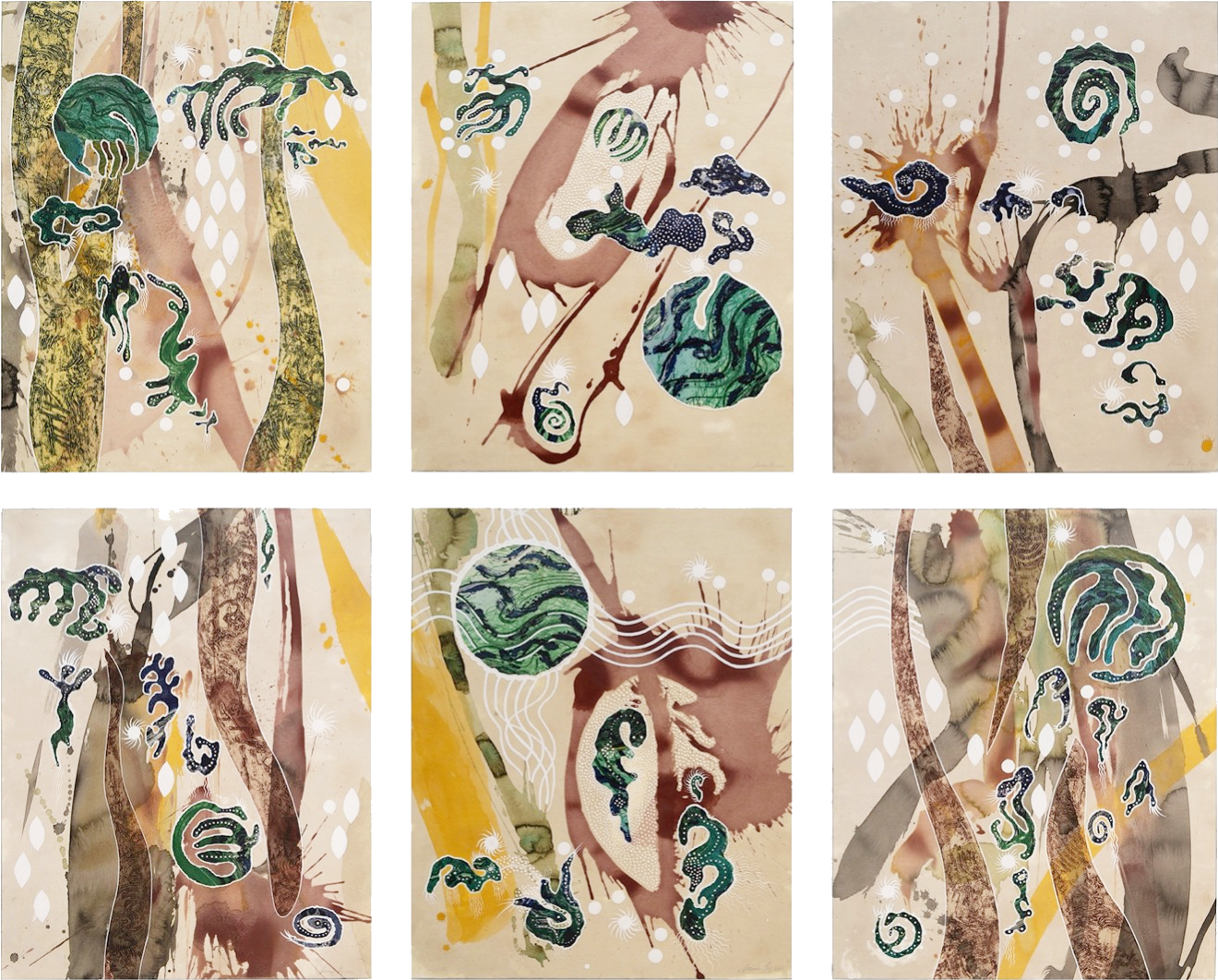 This series of work connects with my current lived environment:
a narrow coastal strip at the edge of the Royal National Park, nestled under the Illawarra Escarpment. My home and studio adjoin remains of subtropical rainforest and a short walk to the ocean. 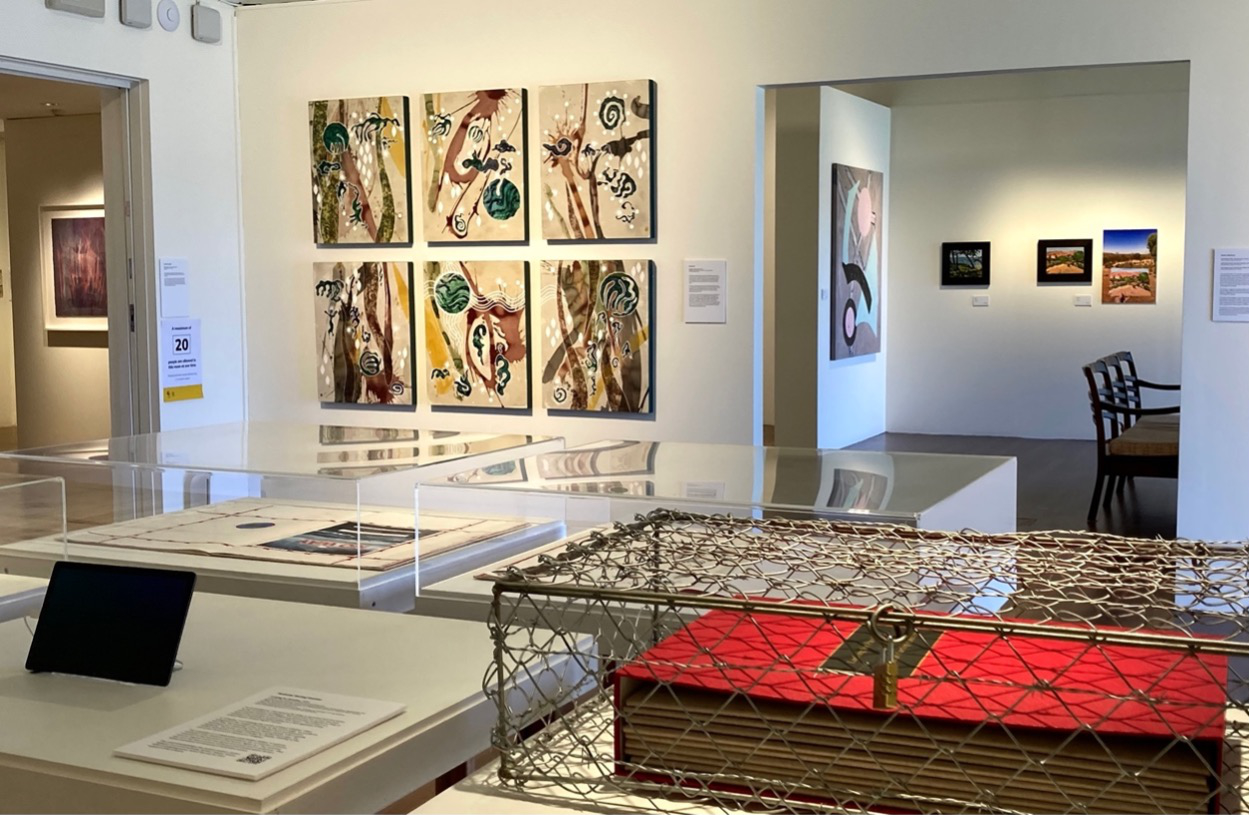 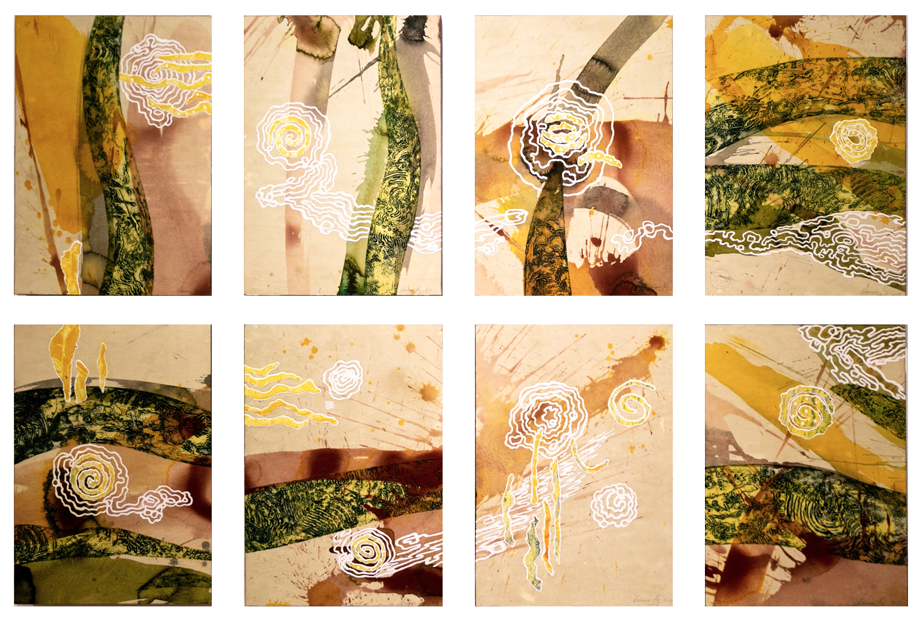 Inlet, 2019, Watercolour, acrylic paint, collograph, etching and encaustic wax on paper on board, 42 x 30cm each 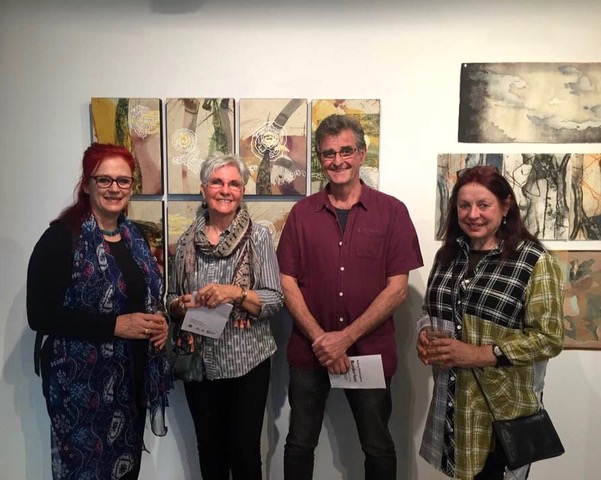 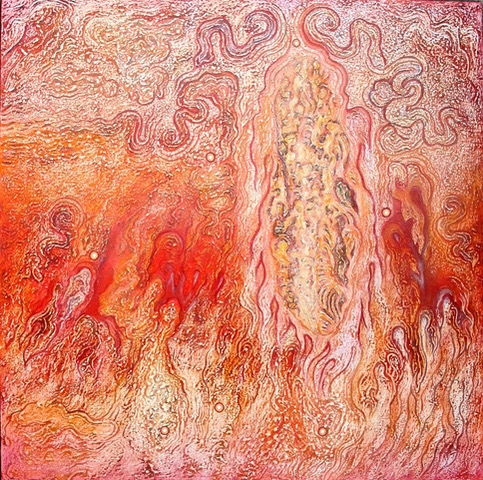 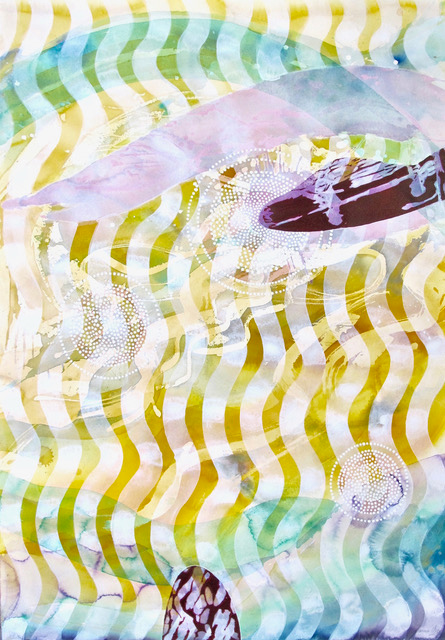 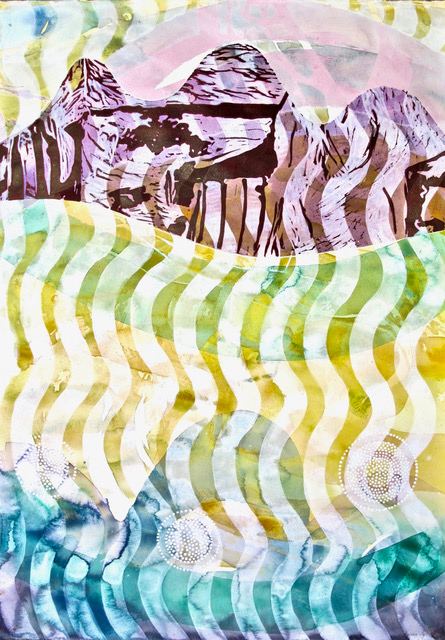 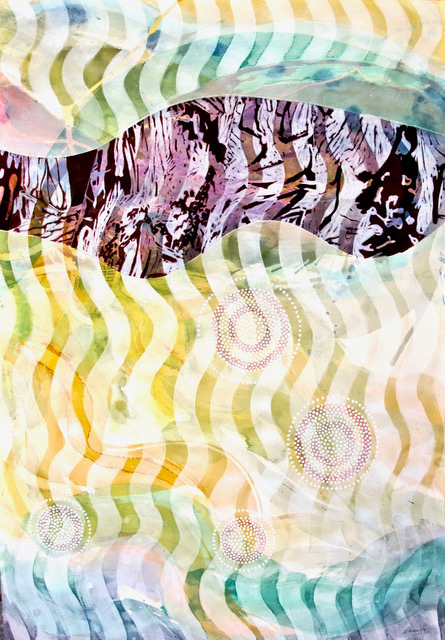 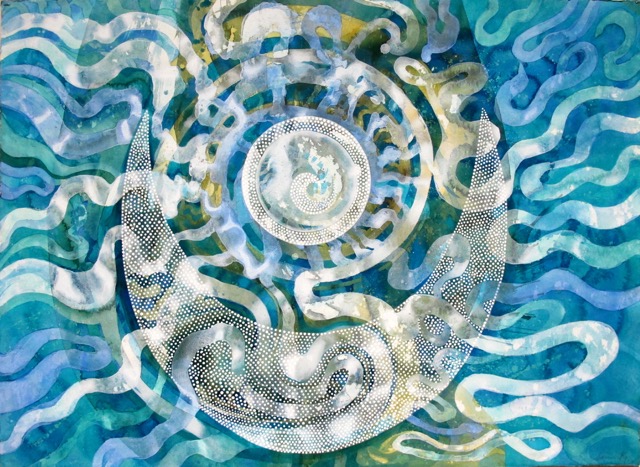 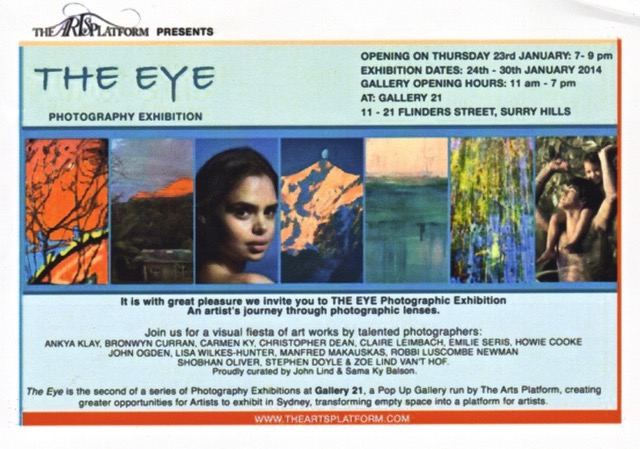 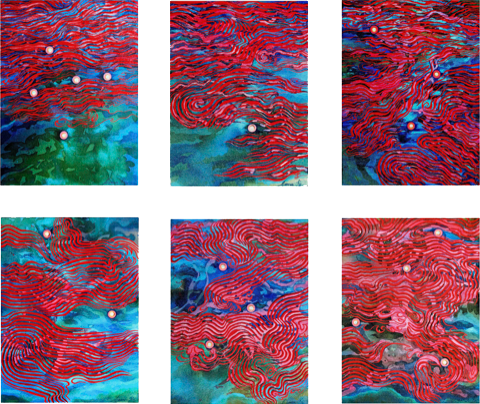 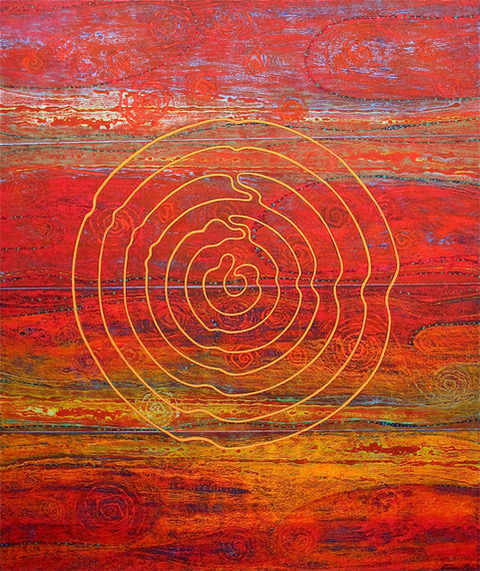 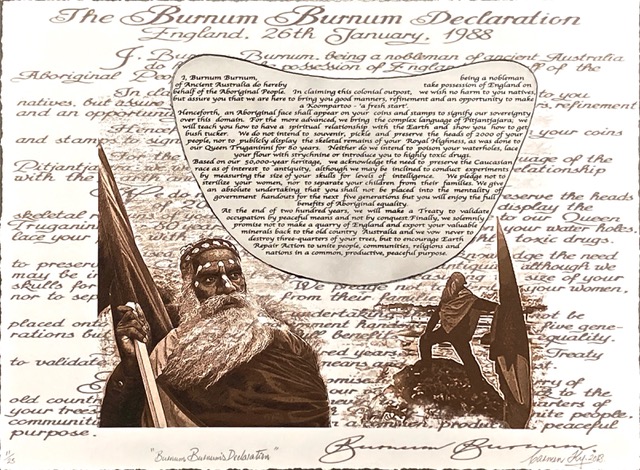 Inside/Out was a selection of original prints by Aboriginal, Torres Straight Islander and non-indigenous artists.
They are based on the bi-horn shape of the metal breast plates, or ‘king plates’ awarded to indigenous leaders in colonial societies to facilitate cooperation and assuage the social effects of exploiting the land. The prints include old and new technologies and combinations of both, they also include collaborations between indigenous and non-indigenous artists.

I integrated my photographs documenting Burnum Burnum as he claimed England for the Australian Aboriginal people at Dover, England in1988 along with his Declaration, a counterpoint to the First Fleet re-enactment sailing into Sydney Harbour for Bi-centennial celebrations. 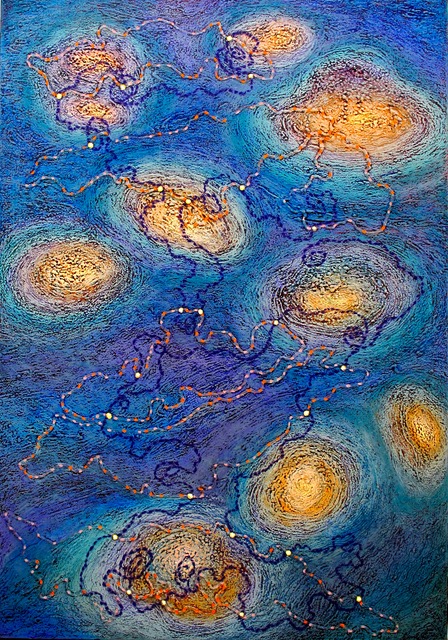 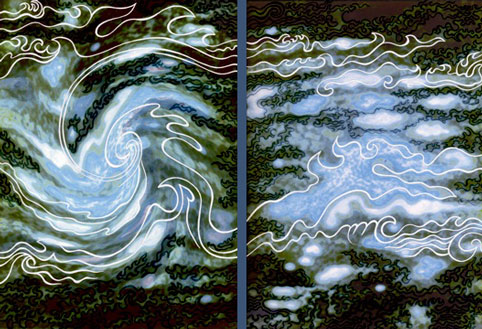